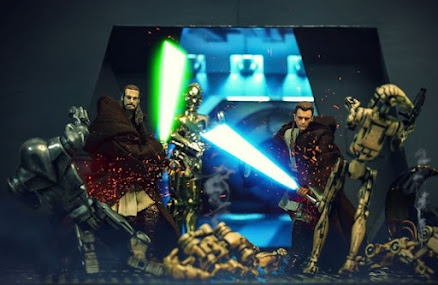 Word on the street is that Liam Neeson's coming back to make appearances in Disney Plus' Kenobi series. According to some website, Neeson had in fact officially signed on to play the iconic fan-favorite Jedi Master some time ago. Qui Gon Jinn remained one of his most favorite role to date so it's no wonder he's signed on to continue expanding the character's role.
A bit of trivia for youse not in the know; Neeson apparently wanted to return to play the character in Revenge of the Sith, presumably as a Force ghost, to guide Obi-Wan Kenobi as he makes his descent as a hermit in the desert of Tatooine. An unfortunate mishap at the time made it impossible for him to shoot his role for the film. Neeson got his fix when he was invited to voice Qui Gonn Jinn in the Clone Wars animated series, as a Force Ghost, or Jedi Spirit.
I'm gonna go with Force Ghost because it sounds cooler.
So, wait a minute. Isn't Qui Gonn dead, impaled by the might of Darth Maul's red saber blade in The Phantom Menace, you ask? My first guess is that in the Kenobi series, there are gonna be a bunch of flashback scenes between Obi Wan and Qui Gonn. My next guess is appearances, also as a Force Ghost to continue guiding Obi Wan as he makes his way on the barren desert environment of Tatooine.
This concept of Qui Gonn Jinn as a Force Ghost is not new as those who had read the Star Wars: From A Certain Point of View book might remember that one of the short stories had in fact told us that hermit Obi Wan had been in constant contact with the netherworld to seek guidance from from his mentor and friend. Obi Wan eventually stopped receiving messages from his master when it was decided that his time was also up and a big sacrifice was on the cards when his actions allowed Luke and gang to escape the Death Star. So going by that logic, i.e. the 'Certain Point of Views novels are endorsed by Disney, so Neeson's appearance as a Force Ghost is almost a certain!
Whatever it is, I hope Qui Gonn can make as many appearances as them people at Lucasfilm & Disney allow. He is by far one of my favorite Jedi Master out of them all. His stature as a 'gray Jedi' had always meant that he was still open to the teachings of the Dark Side (although he wasn't really dabbling in any throughout the franchise) in tandem to the teachings of the Light Side. His occasional rebel attitude towards the Jedi High Council's decisions is also something I look up too. I can't wait to see Liam Neeson's return! 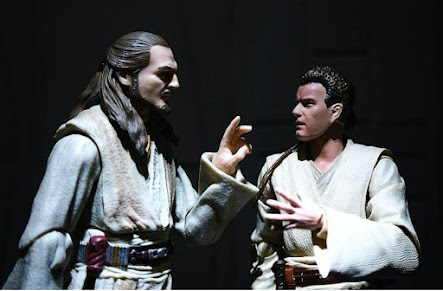 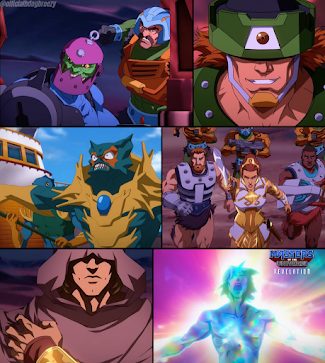 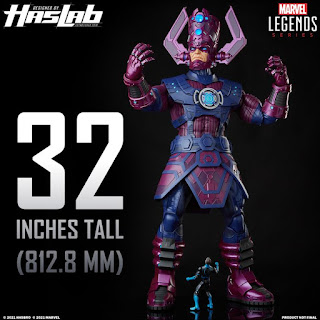 I'm still on the fence about the new Haslab Galactus. Like most Toybiz enthusiast I already have that original BAF figure and I totally didn't see the need to get that early Hasbro version because I think that the Toybiz version still reigns supreme. I'm still content with having my Toybiz version on my shelf. For now. Anyway, just take a look at the size of that thing..... This new Galactus will come with light up features and different face plates ala Hot Toys. I love the new facial expressions, they're much more realistic than Toybiz's. Why am still on the fence you ask? Well for starters, I still haven't completed my Marvel Legends classic Fantastic Four lineup (not even halfway...schucks) and there's this one promo pic that shows the classic lineup standing before the giant cosmic entity. For the love God I can't even find that picture anymore, anywhere.  I might get the modern FF lineup though, they're pretty much dumped on Fleabay and such a